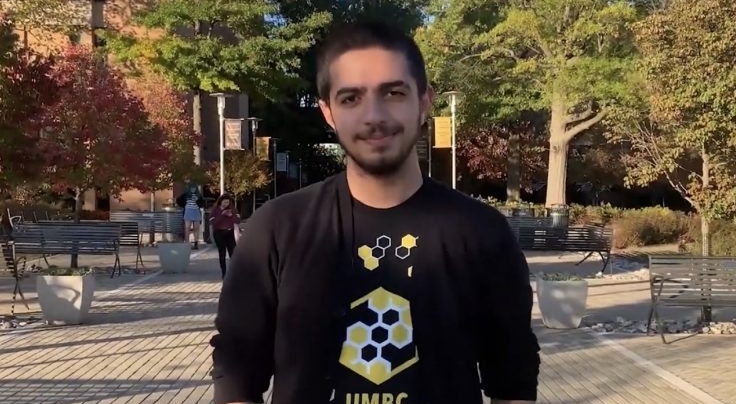 The complaint that the University of Maryland, Baltimore County is not much more than a commuter school is as least as old as its water main problems — which is to say at least 40 years old.

Yet, in spite of his initial reluctance, Devin, who studies biology and physics, has made it his senatorial initiative to make going to UMBC a fuller experience.

Devin came to UMBC as part of the First Year Ambassador program, in which students learn about student government, often sitting in on SGA public sessions. Through this, he learned that there is not much to do around campus. “Not a lot of people know about Arbutus,” Devin said. “It’s not more than a 20-minute walk away and UMBC transit [stops through there], so I asked myself: ‘What are things that I can do to bring people to go out to Arbutus?’”

His answer? Going around town and asking businesses for discounts for UMBC students. Of the 60 businesses that Devin spoke to, 25 of them agreed to offer discounts to students. The list of these businesses can be found here, on the SGA’s website. There are barbershops, pizza places, a theater, massage parlors and liquor shops — all you have to do is flash your student ID card and collect the offer.

“We’re working on getting the word out,” Devin explained. “Next semester we want to blow up the discount lists everywhere on campus.” Devin plans to work with myUMBC’s administrators to get a permanent link up, distributing pamphlets and brochures, and also printing the discount list in highly visible areas, especially on bus stops. “We’re working on a huge social media push.”

Devin also explained that he’s been working closely with the Greater Arbutus Business Association to expand the initiative, and that he is “hoping to work more with them to take this to the next level.”

As part of his commitment to advertising these new student discounts, Devin runs a weekly vlog on Youtube, where he takes a student to spotlight a business on the discount list. So far, he has showcased Pizza 786, Taste Tea, Dollar General, Universal Comics and OCA Mocha. “It’s nothing official,” he said. “I try to make them relatable — check the videos out and let me know if they’re actually informative, any feedback would be great, positive or negative.”

“The businesses are doing the best they can, now it’s time to do our part.”

Published in Featured and News